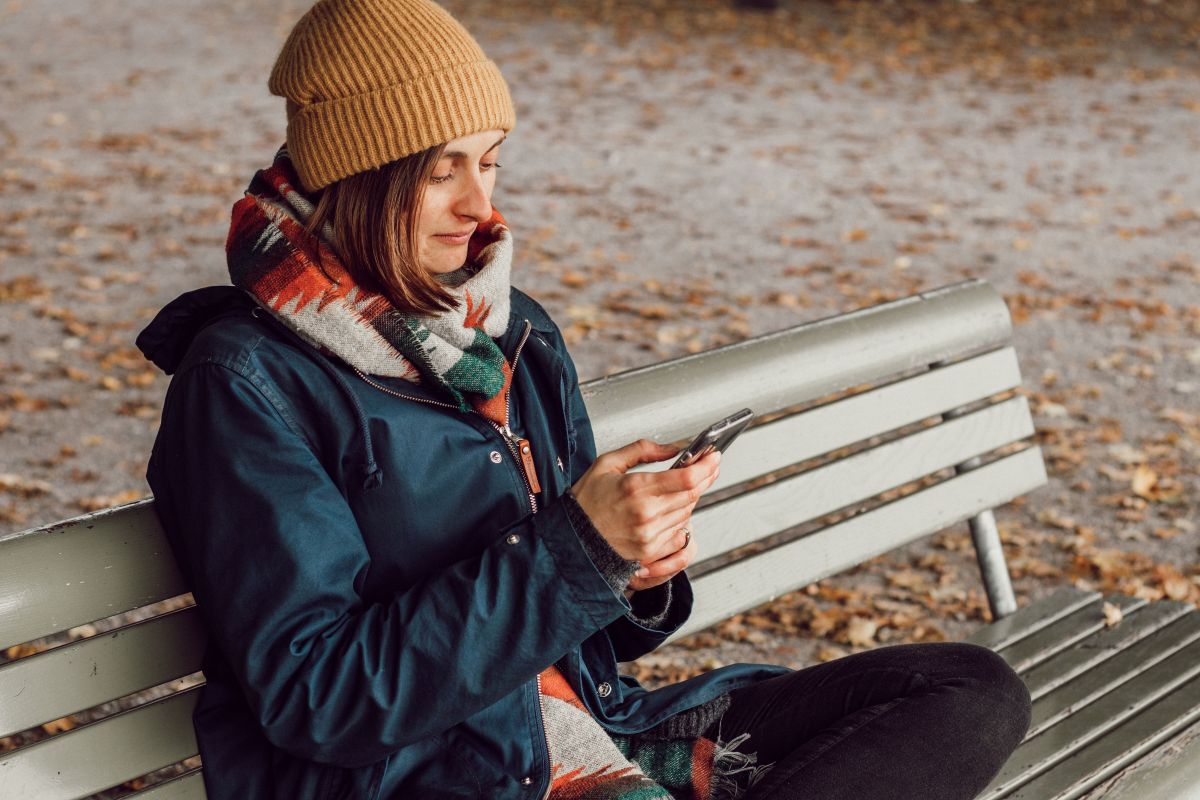 I was spending way too much time on it in general (especially Instagram, I semi-quit Facebook a while ago cause it was too overwhelming with its events, ads, your friends holidays, groups, pages, etc.). I’m sure you’ve found yourself on the couch or the toilet scrolling scrolling scrolling, checking out profiles you don’t care about that much – someone you met 4 years ago and you wanted to know what she/ he is up to after all these years and from there, you check out another profile and another one – and you suddenly notice 1 hour has passed! What a waste of time no?! I guess anything else could have been more productive / useful / creative?!

These days, there was way too much information about the virus (what to do to be safe, what to do if you are bored, what not to do, conspiracy theories, other news). EVERY SINGLE post was about that and whether I wanted or not, it was affecting me and creating more fear or anger, frustruation, helplessness, or raising more questions.

Also at the same time, my partner and I started a course from Dr. Joe Dispenza and were meditating a couple hours / day – still are –  and first of all it takes time – 2 hours – and second of all, it’s easier to meditate when your head is not full of information and emotions already! I wanted to, as we say in French: mettre toutes les chances de mon côté translating as:  put the odds on my side (yes you can also learn French in this post!) to give my body mind and spirit the opportunity to ‘meditate properly’. Be more focused or trying to be because even without social media, let’s be honest, it’s hard work!

At the beginning, my Instagram app being next to my What’s App app on my phone, I was noticing that muscle memory made my thumb always go on the IG app even though my mind was not thinking/ wanting to go on it. It was just a reflex and that’s how I noticed how bad the habit actually got! And I guess it’s the same for many other habits I developed like the habit of constantly checking my phone when it’s lying next to me, although I might have checked it 30 seconds ago and I’m not really expecting any important message. I’m not an expert about habits so I won’t talk about it. I will just say that the thumb habit was easily changed by – after the recommendation of a friend of mine – putting the app on an other page of my phone like ideally the last page, in order to make it less likely to reproduce the habit. And it worked, thanks Anika!

I also noticed that IG became my search engine for things like pictures of places or the work of famous people like this one time when I wanted to check out the memes of a Swiss Comedian after I had watched one of his Youtube videos. It didn’t even occur to me that I could check his website! So i waited until yesterday to check the memes as it wasn’t super crucial to know like probably 90 % of the research we do online.

TBH I didn’t miss it at all (this time). Cause I knew how beneficial it would be. So I did it seriously.

But I remember ‘failing’ at digital detoxing too! Twice! The first time was during my first Yoga Teacher Training in Bali a few years ago. We were asked to stay in silence and not use our phones until breakfast which was after the first meditation and practice of the day. But I remember very well sitting on the toilet and scrolling through Facebook at 6 a.m.! Facebook was stronger than my will! Or maybe it was because of the fact that ‘I HAD to do it’ and since I’m a french rebel that approach didn’t work?! Or maybe it’s because I was still young and didn’t have the wisdom I have today?! I don’t know. The second fail was during a 10 day Yin YTT in Thailand with a famous teacher from the U.S. and this time, it was forbidden to use our phones the whole 10 day but they were not taken from us, we had them in our rooms so the temptation was great and I succumbed after a few days!

It’s not the first time I do it seriously either. The first time was during Vipassana Meditation over New Year but more on that below.

When I went back on IG after 11 days – because I was not ready on day 10 – I logged in, checked my messages, the comments and likes and logged out 5 min later cause that was enough already! They say it takes 60 days to change a habit but 11 did the trick!

If you have never tried it I highly recommend it, especially during this special time! You might notice that the world won’t stop turning even though you are not following everything your friends and favorite influencers are doing! You might also notice that your mind is less agitated and that you actually HAVE time for all the things you were saying you didn’t have time for! But I’ll stop here because if you are a rebel like me, you won’t do it if I insist too much!

And if you are not a Millennial reading this, maybe try with a detox from another app/ habit?!

It REALLY all started with Vipassana.

A bit of context cause I haven’t really talked about it yet apart from on podcast #23 with Sabrina Krämer who was at Vipassana at the same time as me over New Year 2019-2020 in Jura, Switzerland.

Vipassana is a 10 day-meditation-retreat where you meditate 10 hours / day in silence – more in the links where it’s written Vipassana and I can’t wait to share the stand-up version of it as soon as it’s allowed to gather in public spaces again!

It’s only since coming out of this retreat in January this year that I have a daily meditation practice because:

1. One hour or 2 per day is nothing compared to 10 hours! It’s almost easy (although some days it’s definitely NOT!)

2. Because I now know about the benefits and potential of this practice. I made it a priority and that’s the only way you do or don’t do something in life, when you decide whether or not it is a priority. It’s that simple! An example: when you say you don’t have time to see your friends or to exercise, it’s not true, it’s just not your priority and with meditation it’s the same. I hear you arguing but be honest with yourself.

Before that, I would meditate here and there and never really keep a daily routine although I have been practicing Yoga for the past decade and teaching even for a few years but le cordonnier est toujours le plus mal chaussé  (really learning a foreign language in this post!), translation: the shoemaker is always wearing the worst shoes. There was always an event that would make me forget to meditate, in other words, I always had an excuse for not doing it regularly!

I know you are eager to know about the benefits, that’s probably how you’ll consider whether you want to start meditating or not.

The major positive effect I noticed after the 10 day-course was that I felt immensely well in my body and that was a surprise for me because I was suffering from chronic back pain for the past 2 years and was not looking forward to the retreat at all because I thought that all that sitting would be unbearable – and it was, but more mental pain than physical. Of course I saw many different therapists prior to the retreat and they all helped but no kind of healing really lasted. Day after day I was feeling better and better in my body. The meditation was creating space and I would cry of joy when noticing that because finally I was able to move freely! It was very liberating and unexpected! Although S.N. Goenka‘s teacher said: it shouldn’t be the first goal to do Vipassana to heal your health problems, I feel that it is important to share this positive effect! Nowadays, even if the back pain shows up once in a while, I feel much much better and even started practicing yoga at home again, a huge win for me because I had to stop practicing asanas because of it! You only appreciate everything your body can do once it cannot do it anymore!

For the ladies: one week after coming out of the center, I got my periods and I’m part of those women – like I guess pretty much EVERY SINGLE WOMAN these days – who has PMS and cramps and migraines and cravings, etc. Well guess what? Nothing this time! No migraine no cramps no mood swings, not even hungrier than usual, nada! It was amazing! Of course it didn’t stay this way, one month later it went back to the usual aches and pains, because: modern life oblige! But when I really stick to 2 hours / day, no matter what, the pain is not so great, the migraine becomes a slight headache. Now my partner cannot predict my cycle anymore!

Another physical positive effect: it’s still the beginning of the season but so far I don’t have spring allergies! It’s really enjoyable to walk outside (I live in Switzerland and we are not quarantined here) and not have to sneeze every 30 seconds.

An emotional change this time: (of course when I came out of the 10 day-course the effects were X 10 but I still notice the change now) I feel more calm, peace, serenity, less anger, more joy, more gratitude. I have better relationships, better communication, more compassion, etc. (side note: I use many other tools also to feel happier, it’s not JUST the meditation that got me to that happier state, maybe I’ll talk about it in another post maybe not and second sidenote: of course it’s still work in progress!).

Also more focus in my work and more acceptance of where I’m at. No social media helps too for both!

Now I’m not sure everybody will see that as positive but: I need less entertainment time! Less movies, less interacting with people. I find many things not as enjoyable as before, they got sometimes neutral or even boring but not in a negative way. I do more NOTHING.