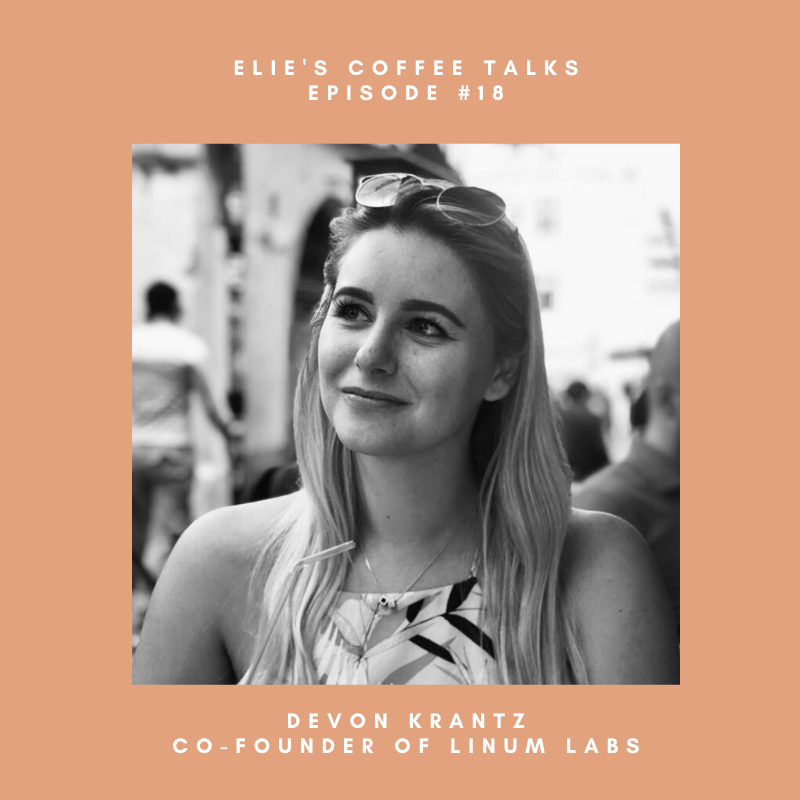 Recorded at Hejkoh from the mezzanine overlooking the shop

Devon moved to Basel in January 2019 for work. She is the co-founder and managing director of Linum Labs, a Blockchain Start-Up. Originally from South Africa, she shares her perspectives about Switzerland and we discuss: working remote / corporate life / presence based vs output based work systems/ the future of work / the challenges of being self-employed and being a female entrepreneur in a male dominated industry / mental-health / burn-out / failure and more!

Future Females is an organization founded in 2016 in South Africa and is now in 22 different countries. The organization was born ‘to inspire more female entrepreneurs, and better support their success. We provide a platform digitally, physically and emotionally where women can connect, inspire and collaborate with each other, and access the resources they need to succeed’.

She also offers workshops such as Wine Not, which is a gathering of people who paint, chat and drink wine together because she believes it is important to do something creative and different at least once a month!

With the company they also provide blockchain training, consulting and development to enterprises globally as well as do free workshops with underprivileged schools and coding interest groups in Africa.

Consulting for companies about working remote for example.

What is the impact you wanna have on the world? (question from Impact Theory)

Helping other female entrepreneurs get started and empowering them!

It’s not about money all the time

The most important thing is community

It’s important to keep growing as a person

Failure is normal, I learned a million ways how NOT to run a company

Euphoria & terror,  there is no in-between when running a company